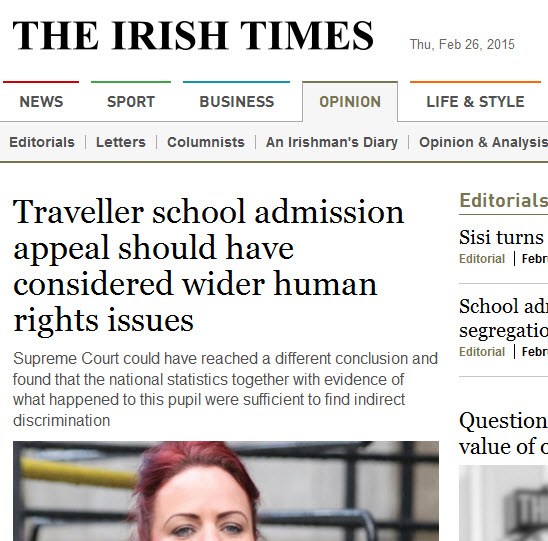 I have written a short piece for the Irish Times concerning school admissions and the Equal Status Act.  The article has been published here.  I may in due course develop this into a longer article for a journal in which I can provide evidence for each aspect, and tease out the issues in more depth.

Aisling Twomey writes in the Irish Examiner about how travellers would thrive if they were given the opportunity.

The earlier stages  are as follows:
Commentary on the High Court stage:
I previously posted on travellers in County Clare and the Equal Status Act.

Posted by Darius Whelan at Thursday, February 26, 2015 No comments: